Please note: No online classes should be shared and cannot be shared in a public environment, including with camera clubs
The online content is the copyright of Hunt’s Photo Education and/or the Instructor. Please support our education team and instructors by not sharing this material! We appreciate your support, and it’s thanks to that support that we are able to continue producing content! 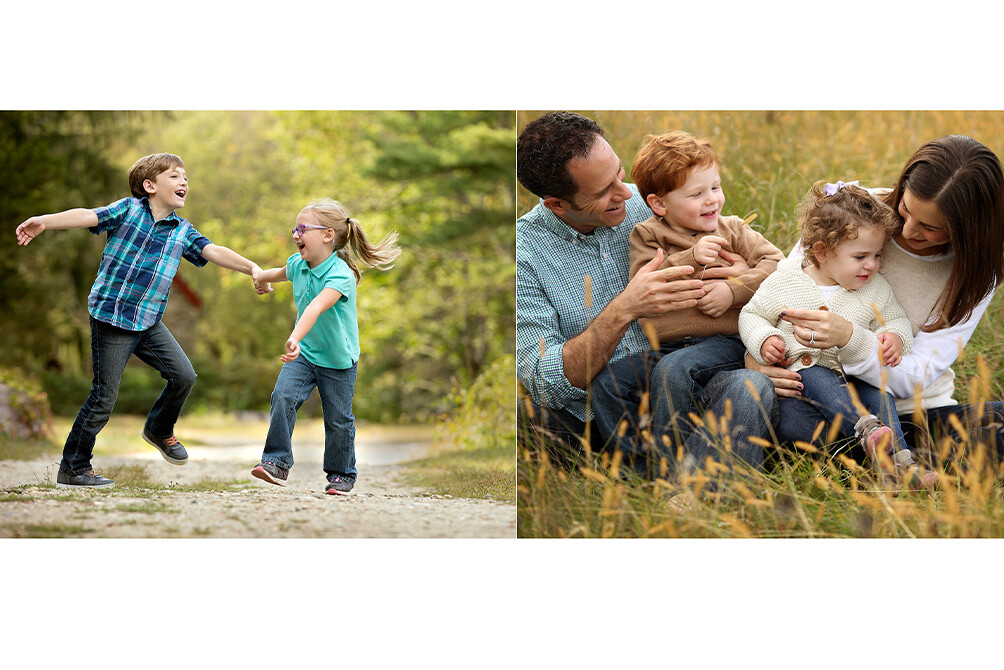 Paula Ferazzi Swift, M. Photog., Cr., CPP owner of Paula Swift Photography, a Boston-area portrait photographer, spent 10 years chasing fires and covering news assignments all over Central Massachusetts as a photojournalist at the Worcester Telegram & Gazette.(’95-’05) She started a photography business where she could utilize her photojournalistic skills to photograph the relationship children shared in front of her cameras in a natural way: Capturing fleeting moments during a session, when a child thinks no one is watching, the hugs a parent shares with a shy child, or even a toddler running away from the camera giggling. Paula approaches her sessions just like a fire…ready to go at a moments notice, but in a stress-free way for her clients.

In this class, Paula will talk briefly about her experience as a photojournalist and how she implements those skills in capturing beautiful, timeless and storytelling portraits of children in today’s competitive photography world. She will share images and the story behind how she captured them technically and emotionally.
Information that Paula will share during her program will include…
•How to capture those unexpected moments
•How to get shy children to warm up to you
•How to keep children involved in their photography session
•Use of props to keep the session looking natural
•How to incorporate pets
•How to capture children on the go
•How to let children be themselves during a session
•How to sit back and watch a moment happen
•Favorite gear to use at sessions

About Paula:
Paula Swift, M.Photog, Cr., CPP started her portrait photography business in Framingham, MA in 2004 and then moved into a new studio in Sudbury, MA in December 2013. Her work has appeared in the Worcester Telegram & Gazette, Boston Globe, New York Times, LA Times, Esquire, Time, Newsweek and internationally via the Associated Press wire service. Paula was a staff photographer at the Worcester Telegram & Gazette in Worcester, Mass from 1995-2005. Three of Paula’s images were part of a Pulitzer nomination and finalist entry in 2000 in feature photography for the photography staff’s coverage of the deadly Worcester warehouse fire that took the lives of six firefighters in 1999. Paula’s portrait work she has won two Kodak Gallery, Hallmark Award, Photographic Degree of Excellence by PPAM, Loan and General Collections at IPC, 2014 Photographer of the Year bronze medalist at PPA’s IPC. In February 2015 Paula received her Master of Photography at the Professional Photographer’s of America Imaging USA in Nashville, TN and her Photographic Craftsman degree in San Antonio, TX in January 2017. 2014, 2018 and 2019 Paula was recognized as a Bronze Medalist for her entries at the Professional Photographers of America International Photographic Competition.
In May 2017, Paula’s released her first book, Storytelling Portrait Photography: How to Document the Lives of Children and Families. She is a native of Longmeadow, Mass where she first learned to develop film in her parents’ basement. She attended Fitchburg State University where she received her Bachelors of Science in Communications Media – Photography in 1995. Paula lives in Framingham, Mass. with her husband Chris, their three sons, a yellow lab named Swifty and a cat named Buzz, who are her daily inspirations.

Online: Multi-Session Series- Speedlights 101 and Beyond!